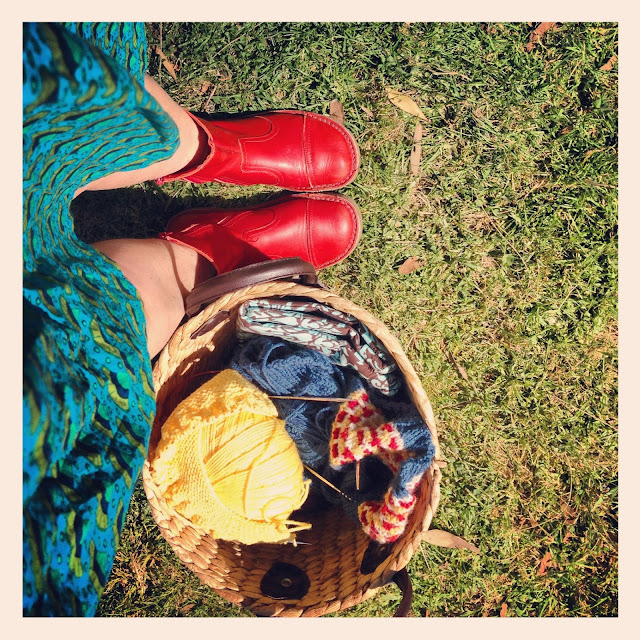 The theme for my creative spaces this week has been polygamy.

Yesterday, we ventured out to the Melbourne Museum for the milo boy's birthday excursion. I took with me my basket of polygamy and knitted all the way to Melbourne and back. I even hopefully insanely carted a project around the museum imagining time to sit, relax and knit while the kids explored. Who was I kidding? We ALL explored!

The contents of my basket?

Two projects toured with me yesterday but my basket does contain four current WIPs. All prototypes of a sort.

Yesterday, I had for company: 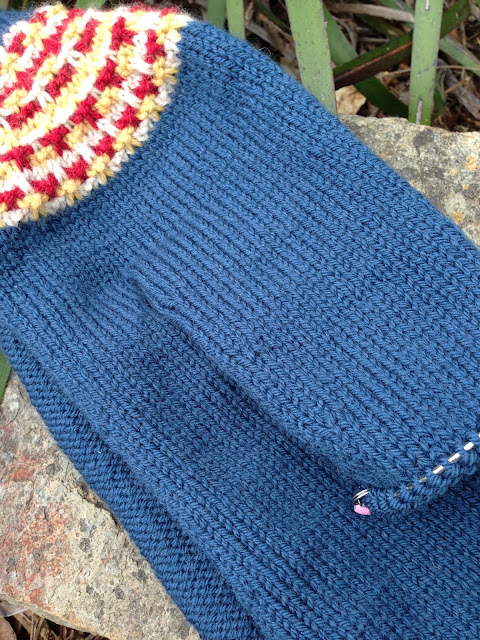 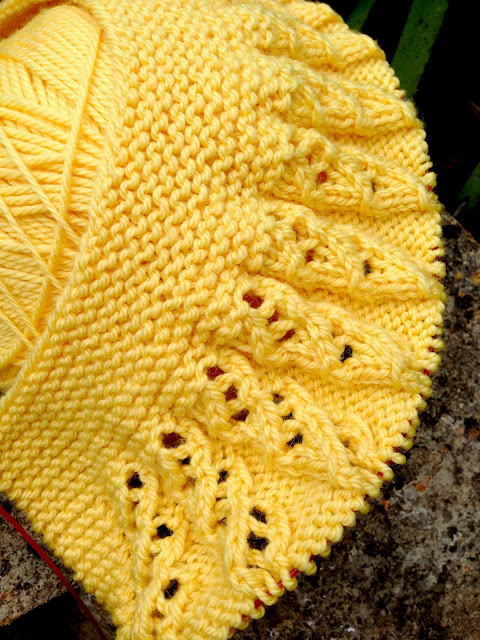 Both these prototypes are named after two very different places in Victoria.

Beear is a small state park near the Grampians. You could go there and not see another person all day, it is that quiet and unknown. It has an awesome fossicking site for smoky quartz there that my kids adore. Coincidently, Lily was really stoked to find a piece of that smoky quartz on display in the museum yesterday!

Olinda is a quaint little village set in the Dandenong Ranges. We visited here in the Winter and it was cold and wet, but oh so beautiful and gloriously lush and different from where we live. Lily would like to move there, but alas, I feel it is too far from the sea for us.

Olinda is not that far from being ready for release, maybe the start of the month. Beear is a design for next year.

Beear is for Toby and I'm knitting the tiny wee baby sized Olinda for one of my baby sized nieces. I have two of these who are under the age of one and I decided it would be quite remiss of me if I did not take the opportunity to knit such small cardies for them for Christmas.

The other WIPs in my basket are: 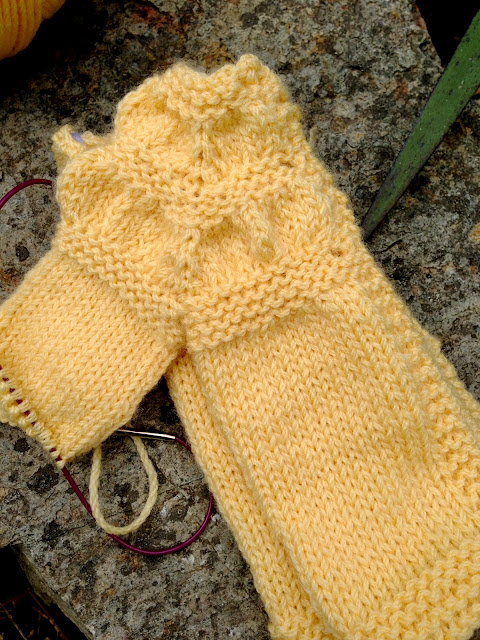 This poor WIP has been woefully neglected. If I just stayed committed I could be finished today, and I really need to be as I want this pattern to go to the testers this weekend! 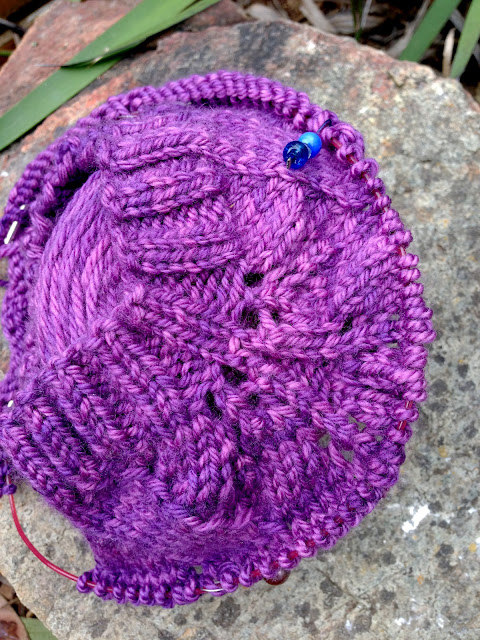 This is an unnamed WIP that I have been flirting around with for quite a few months. Obviously, the flirting isn't too serious as I haven't gotten very far with it! I suspect it needs a rip out and a wee reassess. This was for another niece but I might have to whip her up something a bit more straightforward..we shall see.

This week I've also been having a play with some fabric, which was so lovely, and on Monday my little crafting chickadee and I whipped up 50 hair ties.  Does she need 50? Possibly not, but they will make great Christmas gifts for her friends, if only I can get her to part with some of them!! 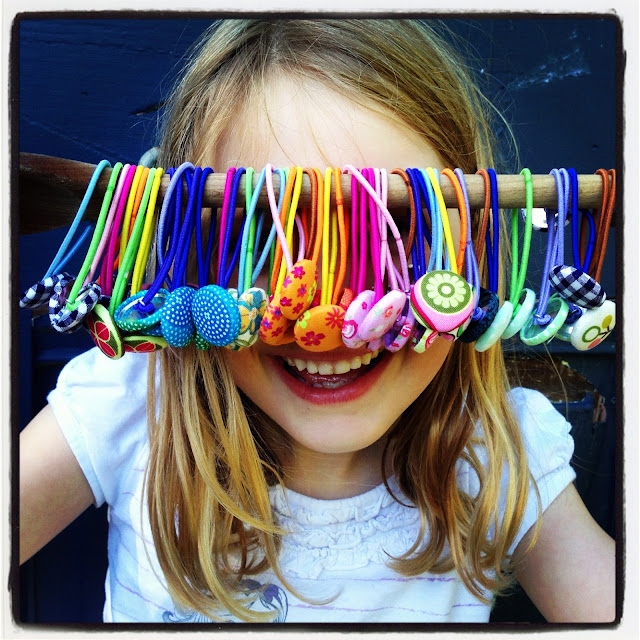 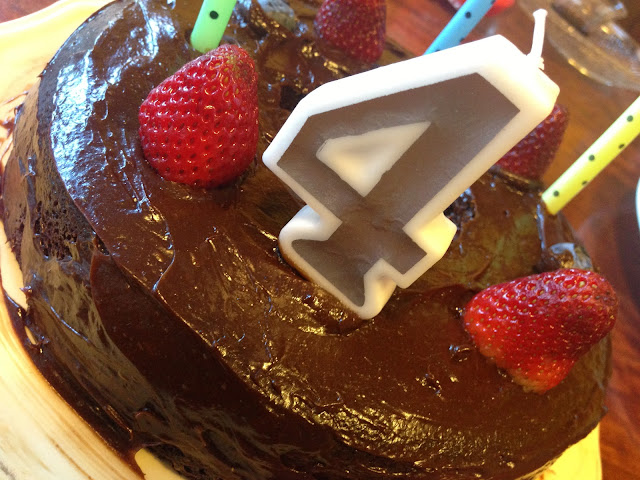 Isn't it funny, how as parents every year our child is older is a significant milestone?
This year for us four is so big, it's the crossing over from toddlerhood into a big boy. He's no longer really a baby. And then next year, he'll be five! And five is old enough to go to school!! 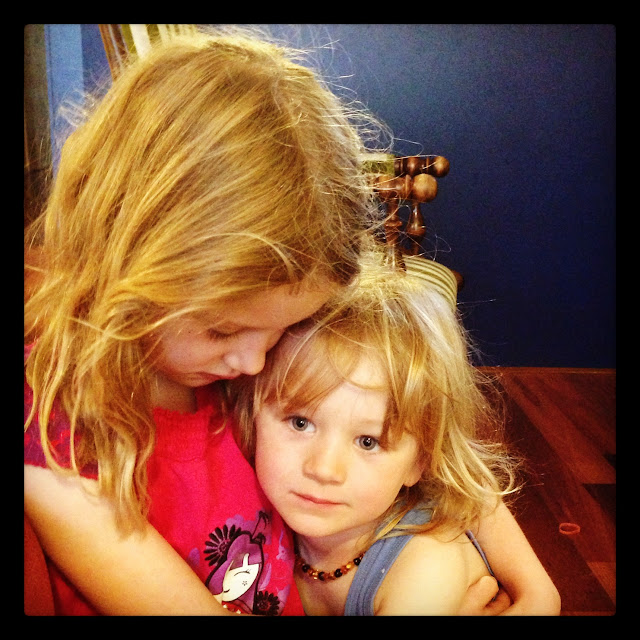 Every year they get older, it's significant, no doubt about it, and as parents it's hard not to dwell on their growth and mourn the stage that has just passed. Particularly when it's a move away from babyhood. Despite the sleepless nights (which don't hate me, I'm sorry to say we never had!), the nappies, and all the other traumas of babyhood, we still really mourn it's passing. I guess it says something about our stage of life too. 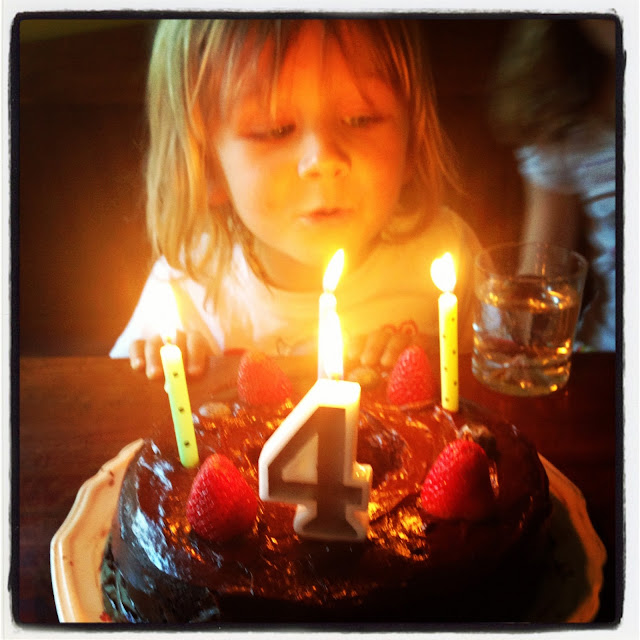 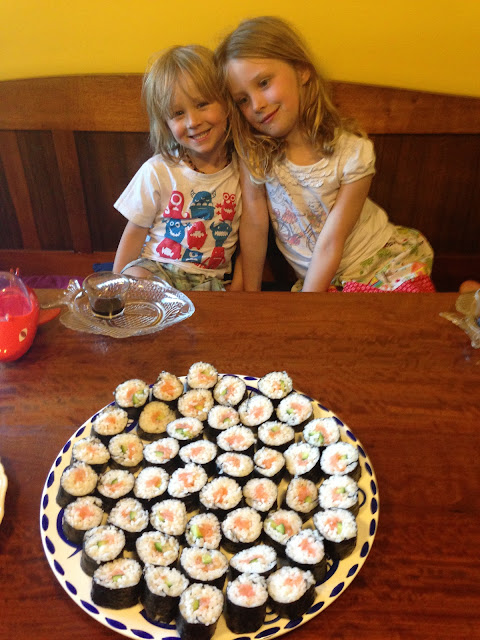 His cake, the second for the day, was chocolate and coconut. It comes from Jude Blereau's book Wholefoods for Children and is my standby chocolate cake recipe. It is soooo good and sooo easy to make!

I iced it with an icing I made from rapadura and coconut icing sugar (whizzed in the TMX), avocado, cacao powder, vanilla bean and a touch of rice water. It was an incredibly smooth and deliciously chocolatey flavour, it was a bit of an educated gamble, but it paid off!

The kids adored the icing, particularly Lily who hates avocado. I didn't tell her there was an avocado in there!
Posted by tikki at 2:52 pm 3 comments

In all honesty, the biggest attraction of getting a Blythe doll was the fun in dressing her.  Changing her outfits, finding the perfect shoes and getting her cute look just right. It's like playing Barbies again, but in a much cooler way. Blythe carries off clothes so so much better than Barbie does. ;)

The first ever knitwear design I ever did was as a kid. I used to knit clothes for our Barbies, they had an incredible array of knitted garments that I made up the patterns for all by myself. I used to have a little notebook where I had all these little patterns written down. I wish I still had that notebook, and I wish I still had at least a few of those Barbie clothes.

I've been desperate to knit something for Blythe ever since Lily got hers, I've just never quite gotten around to it. I probably should have started with my own pattern, but the need for a quick cast on and some mindless knitting saw me cast on the smallest February Sweater I've ever knit! 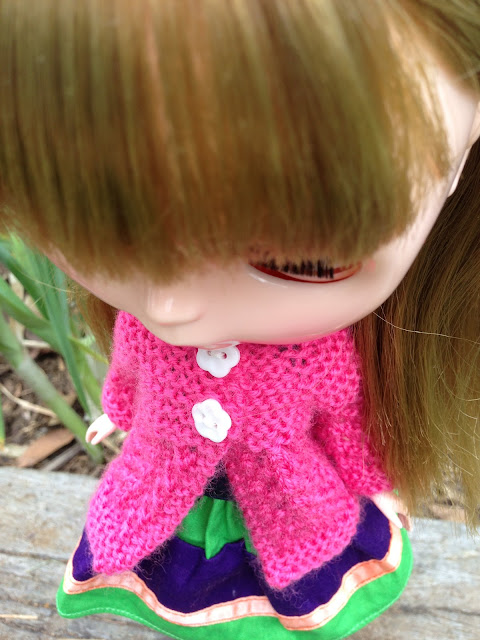 This was super quick and easy. Given I've knit the February Baby Sweater twice and the February Lady Sweater once, the gull lace is a bit like an old friend. It's probably one of the lace stitches my fingers would resort to knitting automatically.

This pattern is the February Pullip Sweater  by Megan Nordyke. It's a free pattern.

The original pattern calls for Crochet thread, of which I only had black and I wasn't going there. I subbed with some random Shepherd Baby wool leftover from a jumper I knit for Lily when she was just a wee baby.

I think I knit this on 2.75mm needles, perhaps they were 2.25mm.
Either way, it was one of my smaller needles. 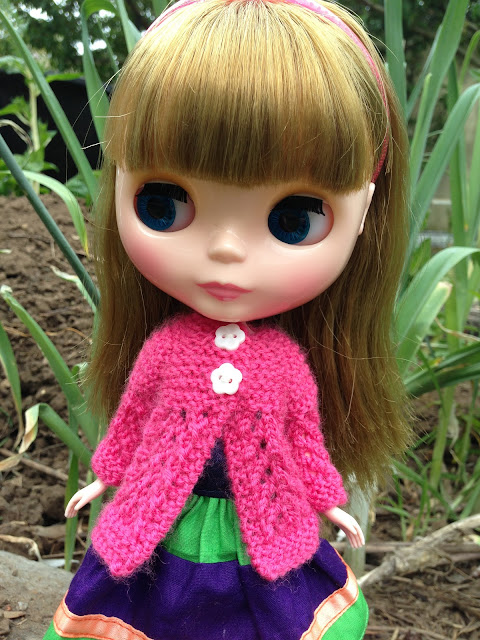 Modifications to pattern:
When separating the body and sleeves, I worked the first and last stitch as a kfab, as per my patterns. This minimises any holes under the arms.
This also gave me an additional four stitches which I worked as a two stitch edging at the front of the cardie.
I also picked up more stitches under the arms and reduced them down, while working the sleeves seamlessly. 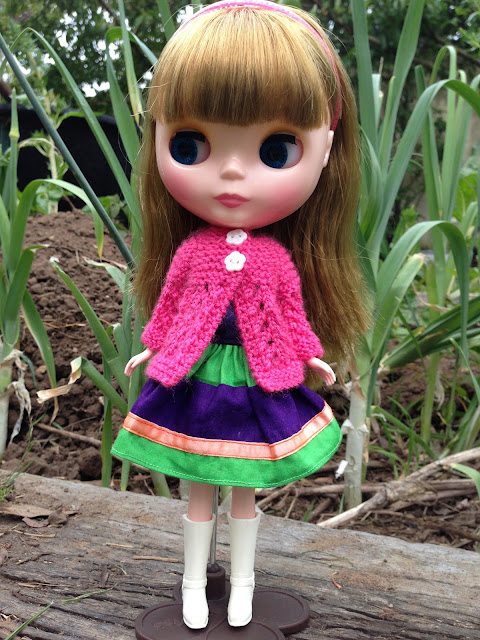 Blythe, as you can see, is pretty happy with her new cardie.
It goes perfectly with her favourite skirt.
She's been bugging me to knit her a few more things.
She's also been rifling through my fabric stash picking out fabric for a few dresses.

She's even more incorrigible than Lily!!!

My apologies for not announcing the winner sooner. I was waiting for October to end in the Northern Hemisphere, and then Friday sort of got away from me.

I've had a wonderful time reading all the entries. They all really resonated with me. Some made me smile, some made me cry, some made me feel quite nostalgic.
Thank you all for sharing your lovely stories with me. 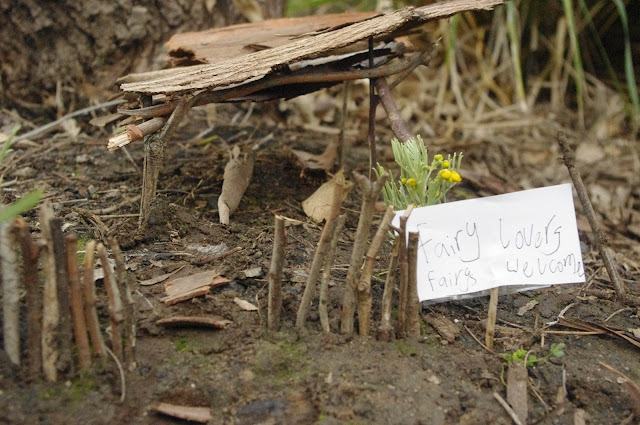 My random number generator has selected the post from:
ColJud
to be the winner!!

I shall be in touch via Ravelry shortly.

ANNND, while I'm giving away patterns, in my first post for October I asked for suggestions of what to blog about. The following lovely people made suggestions that I used, so they each will receive a free pattern of their choice as well:
Annwen
Sea Star
Psylova
Brave New Fiona.

I shall be in touch shortly with all of you too!

I shall be returning to this list again and using some more of these ideas, as there were some fantastic ones that I really want to use but time was my deciding factor.

Thanks everyone for sharing the Blogtober love with me and getting me over the line.