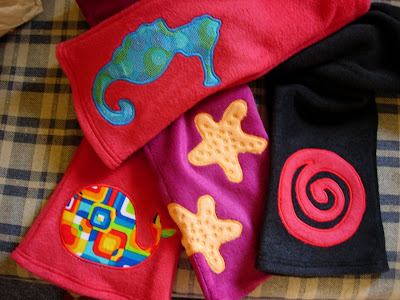 slowly, ever so slowly
but anyway some previews of some new stock for the shop, I'll pop them up over the next day or so, after I send out a newsletter.
*sigh* the pants were meant to go up days ago, but somehow didn't happen.
My apologies :) 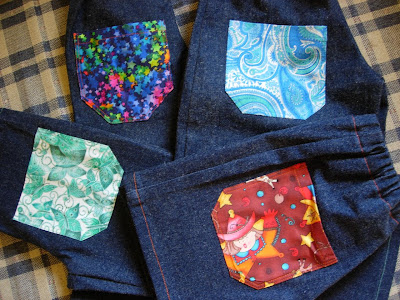 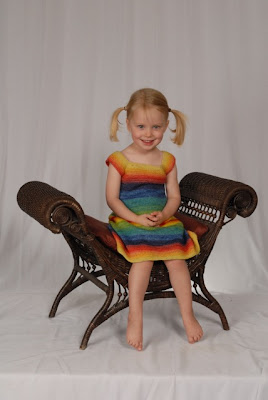 Can you believe I'm still catching up on stuff after being away?  I really don't know how that is, but it is!
After being away, Lily seems to trash the house twice as much as before. She used to confine her "playing" to one room but today at the end of the day it was strewn over four rooms. Andy went to lay down on the bed for an afternoon nap and it was literally covered in dolls and soft toys, who were apparently in their bus.
Slowly getting into the sewing front again, time for that even seems very limited at the moment. Finally finished a couple of pairs of shorts and flares tonight, ready to go up tomorrow. I've also started on some fleece longies, and have six pairs cuts out awaiting applique and sewing up.
Before we went away we had Lily's three year old photos done.  They turned out wonderfully. I'll add a few at a time over a few posts so there's not too much Lily overload; she's pretty photogenic!!  And if you ask her, apparently I'm responsible for making her so cute.. but Daddy did help a bit, he made her toes!!!!
Anyway, here she is modeling again her Rainbow dress which you can find the pattern for in the side bar over to the left.
Man, I can't believe she's three!!! 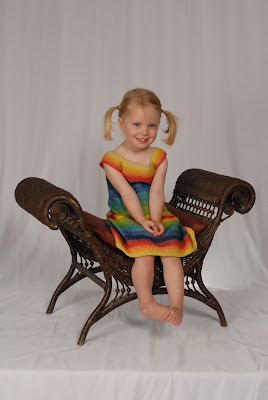 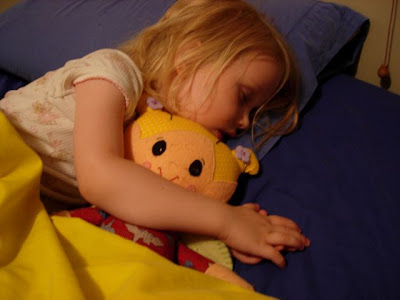 the only time she's ever quiet LOL
Actually, not true, as she's recently started talking in her sleep.  One night last week she was wriggling around in bed like she was trying to crawl on her back saying, "I can't fly, I can't fly!"  Guess she was dreaming about being a fairy LOL Her unsympathetic parents thought it was piss funny!!!!
Lily is cuddled up here with her birthday pixie, aptly named Pixie. A gift from her very talented Auntie Megsie.  If you're very lucky you may be able to score one of these pixie softies in our ozebaby store.  And yes, she does adore it!!!
Posted by tikki at 9:44 pm 2 comments 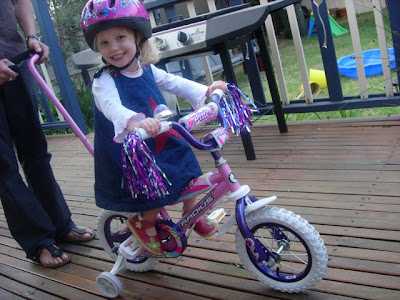 We've been away for a couple of weeks. We drove across to Eden and up the east coast of New South Wales to Woolgoolga, just north of Coffs Harbour. We camped along the way despite the rather wet weather that greeted us in NSW; not used to rain like that in Victoria!! It was heaps of fun, and I'll post some more pics of our trip later.. but while we were travelling we shared a very special day; our little rainbow girl's third birthday!!!
I can't believe she's three, so very grown up.  We gave her her main birthday present before we left for our trip, her pixie bike. It followed us up to Woolgoolga in our boat that Andy's mates took up with them. As you can see, she loves it!!!  It's pretty full on with all the streamers, but hey three year olds dig that stuff!! I like that the tyres on it are proper rubber tyres like on a real bike and not plastic ones, it's a good quality one from our local bike shop. The stick out the back allows us to steer the bike as Lily rides and learns to pedal it on her own.
The dress Lily's wearing is one that I made for our neighbour Freya's third birthday. Freya is now five and the dress is too short for her so it has come back to Lily.
Anyway, on the morning of Lily's birthday we woke in our tiny little tent that just fits our queen size airbed and she opened some more pressies. Her favourite was of course, this lovely doll, Belle. 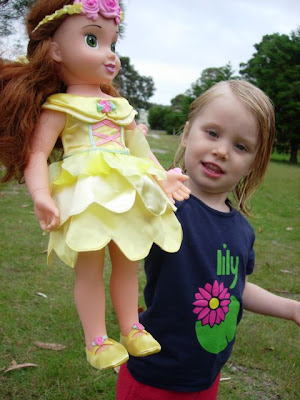 Over the course of a very wet day we drove to Batemans Bay. As it was so wet, we contemplated a cabin or motel room, but as it was Easter, everything miraculously doubled!!!  So we ended up camping and celebrated Lily's birthday cake in our tent with some cupcakes. 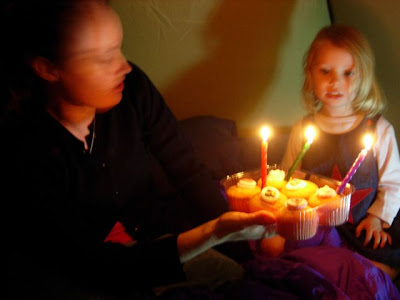 She had a fabulous time, she went swimming in the sea in her clothes and jumped in the most awesome puddles much to the jealous onlooks of some other kiddies who were forbidden to go anywhere near puddles!!! She went to sleep that night a very happy little girl, with the added knowledge in her head that the next day the Easter bunny was going to visit!!!
Posted by tikki at 7:53 pm 2 comments